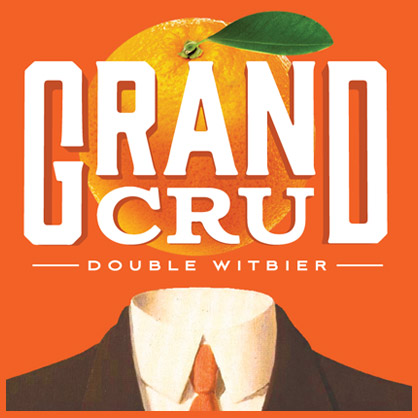 It’s a great day for us! We will release at this saturday, 08/03, in three differents bars, our third beer, the Grand Cru. Don’t miss the opportunity to taste it, there are just one 50 liters kegs and some bottles. You can have more of it in Blumenau, at the Festival Nacional da Cerveja.

The idea of Grand Cru became while we was developing a belgian wheat beer, with more body and alcohol than a wit bier, almost a belgian weisenbock. Using the classic belgian wheat beer yeast, it ferments it’s almost 9% of alcohol, having as basis our homemade wit. That’s why we call it as Double Wit. The coriander is well hidden behind the aromas of baia orange zests, which are very present in the beer.

It was brewed at January 28th, with a huge amount of orange zests, a video was made to invite everyone to go to the brewery and have some orange juice with us, and plenty of people showed up there. We will try to do this again. Those who have patience will be rewarded 😛

So, there is the reward: Grand Cru.